Your Browser Is Incompatible

You are seeing this message because we have detected you are using Internet Explorer 10 (or older) to browse our site. Unfortunately, this means that your browser is too old to display our site properly and that certain areas of the site may display incorrectly or not at all. Please upgrade to the latest version of Google Chrome, Mozilla Firefox, Internet Explorer, Microsoft Edge, or Apple Safari in order to view this site.

When to Call for Boiler Repair 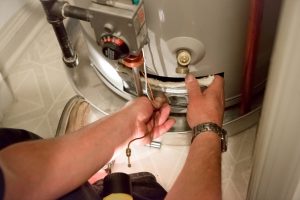 One of the reasons that boilers are so popular as heating systems is because they’re actually far less prone to developing repair issues than other heating systems. This is due to them having fewer moving parts than, say, a furnace or a heat pump. Fewer moving parts means fewer ways for things to go wrong, which is great for the system in the long run. However, don’t let that lull you into a false sense of safety. Boilers still have plenty of ways to develop problems over time, which is why if you own a boiler you need to know when to call for repairs for it. Have a look at the list below to help you discern when to call for professional boiler repair.

If your boiler is making a sound like a tea kettle having indigestion, then it’s probably kettling. Kettling is the result of water becoming trapped in the system’s heat exchanger for longer than it should be, usually as the result of lime scale forming in the pipe. This causes the water to boil and evaporate.

We know that this probably sounds bizarre, but most residential boilers are not actually meant to boil water. They’re meant to heat water, but they aren’t designed to cope with the steam generated by boiling it. When water evaporates into steam, it expands many times over. This puts pressure on the heat exchanger that it wasn’t designed to cope with. That sound you hear is actually the heat exchanger straining under the pressure put on it by the steam. Now, don’t worry. Your boiler likely isn’t going to explode. However, it will eventually engage a safety shut down until the issue can be fixed. Make sure you have a professional technician check out this issue as quickly as possible.

Leaks are sinister little things. Many of them start small, and so even when homeowners notice them they write them off as nothing to worry about. In the dark of the night, though, those small leaks tend to grow, and grow, until they are very much something to worry about. If you don’t have leaks taken care of as quickly as possible, they can start to cause all kinds of issue for your boiler system down the road. Depending on where the leak is located, you may even end up with a ruptured heat exchanger or other catastrophic damage to the system. Better to have the leak dealt with when it’s small, before it becomes a larger problem.

Just like with car engines, it’s a good idea to have your gas boiler’s burner assembly cleaned out every once in a while to keep it free of carbon buildup. This is often done as part of a regular maintenance appointment, which is another reason why it’s good to schedule those on a regular basis. If you notice your boiler putting out less heat than it should be, though, it might be because the assembly is clogged already. Call a professional to have a look if that’s the case.