Your Browser Is Incompatible

You are seeing this message because we have detected you are using Internet Explorer 10 (or older) to browse our site. Unfortunately, this means that your browser is too old to display our site properly and that certain areas of the site may display incorrectly or not at all. Please upgrade to the latest version of Google Chrome, Mozilla Firefox, Internet Explorer, Microsoft Edge, or Apple Safari in order to view this site.

Do I Need a Water Filter? 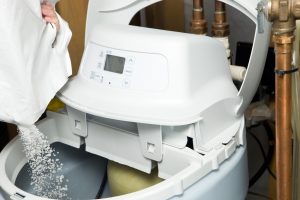 Everyone should know at this point that the water coming out of their taps isn’t of the highest quality. Not that it’s necessarily dangerous, of course. Just that in most areas it’s not the best tasting water. In some areas, though, the quality of the water actually does raise some health concerns. In those cases, it might be a good idea to have a water filter of some kind installed in your plumbing system. The following are a few of the more common signs that you should make use of a water filtration system of some kind.

Limescale is a type of mineral deposit caused by long-term exposure to hard water. While the magnesium and calcium particles that cause limescale buildup are not harmful to your health, they can wreak havoc on your plumbing system if they aren’t dealt with. The more the limescale builds up in the plumbing system, the more it will restrict the flow of water through the pipes. If the issue is not dealt with quickly enough, the limescale will harden and become nearly impossible to remove without replacing the affected pipe sections. This is obviously a very expensive issue and one that is best dealt with by preventing it entirely.

The best way to tell if you have hard water is to have your water tested. Barring that, though, you can still look out for obvious signs of limescale in your sink or bathtub. If there is a while, chalky film in those areas, that’s limescale. If it’s present in those areas, it is almost certainly present in the pipes. You should talk to a professional plumber about installing a water softener in your plumbing system as soon as possible.

Like we said before, tap water isn’t the greatest in terms of taste. There’s a very big difference between tap water that tastes rather stale, though, and tap water that tastes like it has something in it that shouldn’t be there. If you start to taste something metallic or sulphuric in your tap water, it probably contains something harmful. Call a professional plumber to test your water as soon as possible, and make sure that you don’t drink it until you receive confirmation that it’s safe.

The same goes for any odd colors that you may notice in your water. Water with a brown or reddish tint might have rust in it, probably from an old pipe in the system. Yellow or blue tinting could be due to high concentrations of certain chemicals. In some cases, it might be harmless. Until you know that for certain, though, it’s best to be cautious. Call a plumber to help you out, just to be sure.

Tuckers Air Conditioning, Heating & Plumbing offers a full range of plumbing services. If you’re looking for the best plumber in Germantown, MD, contact us today to schedule an appointment. No matter what your water quality currently looks like, we can help improve it for you.